techwear might be neither.
I will never put my sword down
Top

Is there a better short than baggies (5")? You can't really carry anything in the font pockets without looking ridiculous but otherwise they are hard to beat.

This also serves as your reminder that if you want to get a good color and not some ugly graphic you should buy before May because all the good colors will be sold out.
Top

my ancient acg cargos fit my laptop in the pocket sooo

Oh no “men talking incessantly about baggies and tevas” season is starting
thank you for the honour of being first to 100 reps (NoWAWT%), would like to thank everyone who repped me
Top

miles wrote: ↑Mon Apr 05, 2021 2:18 am Is there a better short than baggies (5")? You can't really carry anything in the font pockets without looking ridiculous but otherwise they are hard to beat.

This also serves as your reminder that if you want to get a good color and not some ugly graphic you should buy before May because all the good colors will be sold out.

i am anti "inseam war" or whatever, i think only owning shorts in one inseam is boring

in other news, these uniqlo nylon ripstop shorts are good
https://www.uniqlo.com/eu/en/product/ny ... 34856.html
picked up a purple pair a few months ago, sized up one but i fathom you can go true
Top

lmfao trench witch linked me those last week and I nabbed a pair too. they're good - purple is more maroon though (sad)

as someone who has never been tan, I love maroon shorts.

when I was 14 or so, my brother was legitimately upset at me for getting the pair of chubbies [5.5" inseam shorts that are meant to instill a middle-american fraternity ethos in the wearer] that were a rich, dark maroon, "the bloodhounds" they had termed them; the company I think only made shorts in an earth tone as a novelty, a self-defeating proposition reliant on caring about the brand, like "jeep sedan."
'I feel like I'm a messenger .. sent here by someone .. my mom, probably.'
Top

am i the only one who finds the fact that baggies have a mesh liner to be a dealbreaker?
“I understand the music, I understand the movies, I even see how comic books can tell us things. But there are full professors in this place who read nothing but cereal boxes.”

“It’s the only avant-garde we’ve got.”
Top

Wish that more minimal white trainers would go for the GAT look rather than the cp achilles copycat route, the latter looks too flat and ducky and doesn't really work as well in a more dressed up outfit despite being more minimal (imo at least). Hard to find an alternative that strikes the balance of being clean enough to wear with a casual suit™ while still having some visual dynamism to them.

My Adidas ones are on their last legs and the only thing resembling the design and easily available in the UK is the Novesta gat they're so narrow they physically hurt to wear and the OG gat always looked a bit stubby and unrefined to me. The MMM replicas really have the look perfected but I dread the psychic damage that I would receive from scuffing £300 white shoes in the club.

Maybe I should just get ripped off and cop the Adidas ones again off Korean eBay for £112, or move on from the mid 2010s and accept the march of progress.

Only one I can find is still like £180, at that point I may as well wait for MMM on sale.

My MFA poisoned brain always recoiled from the branding on the side but tbh this could just be the answer under my nose, cheap enough to double up with a total beater pair. Would be good with a lighter sole but it looks like that kind of design should come around sonnet or later. Will look into safely removing the stripes, good idea @_Organism.
Last edited by DeafIdiotGod on Mon Apr 05, 2021 10:09 pm, edited 2 times in total.
Top

this is now a shorts thread

Take it to the legwear thread ankle flaunters
Top

Flashbacks to MFA circa 2011

A real pant leg is never too high, mr Frodo, nor is it too low. it ends precisely where it intends to
Top

A real pant leg is never too high, mr Frodo, nor is it too low. it ends precisely where it intends to

MFA poisoned my brain, at college orientation I wore my white Converse© Jack Purcell without socks. So much pain. And my shoes did stink wtf man...
Top

Why doesn't comfy outdoor garment have more traction with The Fashion Folx? 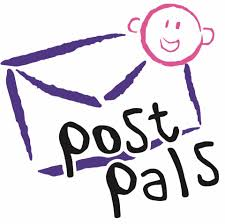 Nothing will be signed after the 20th of October!
Top
Post Reply