my ideal city is a big one with lots of things to do, beautiful parks, superb public transit, and close access to nature. also cheap.

current shortlist, though: will not do: SF. sorry. not spending $200k to live in a tech utopian version of elysium right down to the massive gulf between haves & havenots

rjbman wrote: ↑Wed Mar 31, 2021 1:51 am my ideal city is a big one with lots of things to do, beautiful parks, superb public transit, and close access to nature. also cheap.

It's not huge but Portland, Maine? I have a really rural instinct so I'm afraid I can't provide as far as big big city. Also I'm originally from a rapidly growing city that's full of Boulder castoffs and I have a weird anti-boulder bias even though I know i'd love it and I currently live in the west. I would always recommend certain places in the South, but I know that's not everyone's cuppa
Mojave
Top

for me it's probably bangkok. or thailand in general, really, but i like bangkok as a jumping point to the rest of the country.
has the holy trinity of nice public transportation (not japan levels, but good as far as i'm concerned), walkable infrastructure, and very good, very cheap street food.
also goes without saying that the cost of living is low. which is nice.

unfortunately going through some turmoil out there at the moment, but at this point most everywhere is i feel and i just haven't been able to let thailand go ever since the first time i went out there years ago

true, chiang mai is v nice. i think i'd just like a city base and then the choice to move around is nice. or maybe i'd just make it extreme and stay in nan, which was where i stayed all those years ago (near lao border)
Last edited by Julio on Thu Apr 01, 2021 1:35 pm, edited 1 time in total.
Top

Been thinking about Switzerland. I like the multilingualism of German, French and Italian. Cost of living is high, but so are wages for some fields. Breathtaking nature, social healthcare, 8 hour drive to see my family which is doable, warm summers and cold winters.

Ideally I want to get away from the city and live in a smaller community while being able to work fully remote. My girlfriend is a hairdresser which is amazing as she finds work everywhere on the planet. I don't care much about there being 'stuff to do' as long as there is nature around for hiking and camping.

I like living in Germany for the most part but I really miss being in forests and not seeing people everywhere. 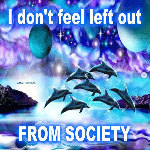 Portland ME is chill but as someone who went to school near there I can warn you that it's a lot smaller than you'd think AND the winters are ROUGH. Amazing summers though.

I really like where I live, my partner would like something slightly more urban though. I think the ideal would be a midsized town in the alps, with quick public transport to a major city. Unsure if euroliving is in the cards though.

u should move to LA

the high desert is like 45 min away and there's also snowy mountains and the beach.

i really hope I can move to new york or somewhere east coast in the next couple years. 100% sun gets boring and so does driving a car everywhere. i want to walk around! i want to wear a coat!!

A place called Tokyo, japan. Maybe you’ve heard of it?

Actually I’ll probably do Kanazawa instead.

Sometimes I miss Hong Kong so much I can smell it. It’s got a certain smell when you come out of the airport in the summer. Perfect. The most city-like city I’ve even been. But you can also go off to the countryside in less than an hour.

Japanese is easy to speak (especially if you know spanish), but hard read and write.
Top

I really loved living in rural Utah the past few years. Beautiful state with less people than the other pretty parts of the western US and endless public lands to explore. Backpacking without carrying a tent is nice too since it basically never rains. You just need to forget any bar culture (in the rural parts at least) and replace that time with potlucks made with all homegrown food.
Top

i'd love to live in southern or northern vermont
Top

id love to live in any city that doesn't have protracted periods of -40C weather. so i guess that's most cities
Top

For a brief while I thought, and I think a lot of millennial americans think this as well, that urban studies concepts would help me get at what I'd like for a city to hold. I think that project got me only as far as "Minneapolis' mayor is doing a good job of upzoning their suburbs while keeping the great green cover the city already has." But I believe to feel forlorn, you first have to love something; and I don't think forlorn people zone cities. Do we love residential, commercial, manufacturing, and park? Do we love road? (Some people love road.) In NYC we sure don't love residential-- you need a catastrophic, life-ruining amount of money to love residential space and live in NYC. I think NYC loves commercial and park. I don't think I love commercial and park, but I'm partial to residential? I grew up in the suburbs and consciously hated residential.

I haven't been able to post in this thread yet because the little hard thing at the heart of what I think about cities is not where-I've-found-to-go but a belief that the american social field is being held together by the inertial overvaluation of USD, not an agreement about projects/rituals we should do together to release distributions of meaning, completely pasting over something like that people hate where they live (- yes, sorry, I mean me by people, -), replace social meaning with social sympathy, and aren't sure (- still me -) if anyone can resolve that. (Maybe this can't be consciously resolved, or it would have been; maybe any marxist reading this has started drumming on their seat waiting for their turn to speak.) Obviously the point has been beat to death that people stuff the meaning-shaped voids in their lives with spending, I think anyone who does has subconsciously already negotiated an escape specific to them or has fallen into a deeper holding pattern, is not actually one person.

This post is a statement somewhat on the level of "only children have homes," (think I heard that remark as one of a million beautiful ideas in the documentary Patience (After Sebald)) or "barely even children have homes," or "I'm not certain anyone wants anything" (I can only apologize for bringing that up). But I suppose a lot of you have managed to answer the question without changing the thread name to "How to live one of these days," which is impressive.

Not sure where to live one of these days
'I feel like I'm a messenger .. sent here by someone .. my mom, probably.'
Top

thewisdomoftime wrote: ↑Wed Apr 07, 2021 10:12 pm For a brief while I thought, and I think a lot of millennial americans think this as well, that urban studies concepts would help me get at what I'd like for a city to hold. I think that project got me only as far as "Minneapolis' mayor is doing a good job of upzoning their suburbs while keeping the great green cover the city already has."

As a current minneapolis resident and city lover. i just need to say our mayor jacob frey fucking sucks and is a coward piece of shit and also he has practically 0 power so to give credit to him for the great advocacy work that went into the 2040 plan is a slight to all of the great organizers in this city.


edit: "thank you I'll be less dumb moving forward, it's very easy to read neoliberal rags without being told you are" -- no worries friend! not an attack at you, just wanted to voice hate of our mayor

Do any other non american friends deal with the cognitive dissonance of wanting to live in certain places in the US, whilst simultaneously being not at all into living in the country that is the US

I would love to live in Maine or Nevada or Arizona, but only a version of them where they have universal healthcare and [redacted] lanes and well funded education and transport infrastructure and generally less aggro income inequality
Top
Post Reply