hello i am kyle.
i ride [redacted] and wear shitty clothes.

Know what else is good? to be back.

I'll stick with chilljin, though feel free to also call me Charlie/Charles/Chaz/Chuck/

I was but a youth when I first touched upon the shores of ye care tags of old. I am now approaching the twilight years of my life, aged 26

After years and years of acting I finally had my professional theatre debut in December 2019 and it was fantastic, though the tour was subsequently cancelled due to Covid I will be performing again this year in November, all being well. Since i've been locked out of acting for the longest time I recently decided to delve into the world of voice acting - and my voice will be appearing in the upcoming Dutch film 'De slag om de Schelde'. 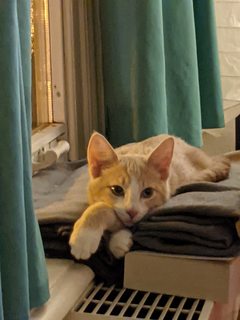 hello, i am an aspiring cultist studying the latern principle to reach ascension through enlightenment.

I am Foxtail. These are foxtails.

I love the fraktur type generator. New to C-T and excited to share all my nerdy wardrobe inventories with y'all.

I make clothes sometimes. The only project on deck right now is an inner lining for my friend's chainmail coif. lmao

I live in San Francisco. I like to ride bicycles and make pictures.
Top

i was fka windowflowers. now i’m old :/
i'm svvagged out.. based.
Top

formerly eli7, living in sf currently. i bake, ride my [redacted], look for mushrooms, and stare at my dog most of all
Top

hi fashion friends 2.0
my old user was mooncorp from when i was 16 and vaguely into vaporwave, now im 21 and into wiping dust off my floor with paper towels

my other hobbies are writing to do lists, updating my budget, walking, thinking, ordering 100lbs of clothes from japan to my apartment, drawing, calling myself an artist, and going to the arcade and karaoke bar with my friends ^__^
Top

Hello, same username as old site. Haven't been active for a while but I miss the old internet before it was only 5 sites so I'm gonna try and post more.

Living in London, finishing PhD in quantum info and will probably be working in the field soon after. Main hobby at the moment is trying to get better at playing piano, I also like clothes c:
Last edited by DeafIdiotGod on Fri Mar 05, 2021 4:23 pm, edited 2 times in total.
Top

You can probably guess my old username.

Iralan from the old tags. ~60% way thru my undergrad in music atm.

my name is maj

i was the third highest repped on the last forum,

i look forward to obtaining rep once more
thank you for the honour of being first to 100 reps (NoWAWT%), would like to thank everyone who repped me
Top

Used to be in art criticism, currently in law school.

These are my dogs, Thelma and Louise: 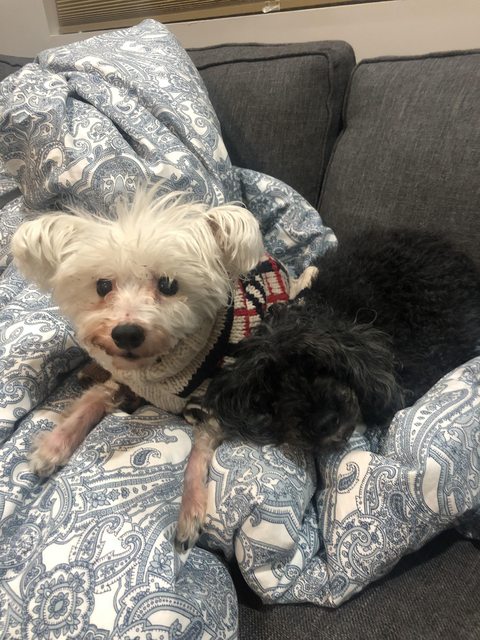 I considered changing my user but didn't have the heart to. I joined ct a year or so into college and am finding it a cute thing that I'm reintroducing myself a year or so out of it.

I recently got deeper into visual arts because the guy who trained me to be a coffee roaster a while back was a photographer and wanted to spend our hours together talking about that instead of roasting lol. That bled into my making collages, to my wanting to learn color theory, to my seeing how sad and dark my wardrobe is lol. So I'm returning to the game slowly as I find a new job and am looking forward to sharing pics
Top

it's phil aka thephfactor. for the past year i have been working an okay job and have been able to buy a few items of nicer clothes but still feel nowhere close to having a "personal style" whatever that is. still enjoy reading people's fashion takes and opinions and being inspired by their outfits though

nothing much has changed over the past few years except I've gotten older, wiser, and less cringe. a big change that is happening to me is this year i will be moving cross-country and starting a graduate program.